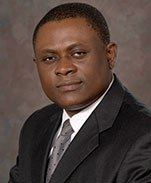 Dr. Bennet Omalu was the first person to discover chronic traumatic encephalopathy (CTE). In fact, his journey to discover and obtain national recognition of CTE was chronicled in the movie Concussion.  What is CTE, and why can we be thankful for its discovery?

Chronic traumatic encephalopathy is a neurodegenerative brain disease that is now known to be characterized by unusual clusters of the tau protein in the brain. Researchers have found that CTE results from repetitive hits to the head over years, which is why Dr. Omalu frequently found CTE in NFL players and military veterans. These hits to the head include those that cause concussions as well as those that merely shake the brain but do not cause a concussion. However, it does generally take repeated blows to cause chronic traumatic encephalopathy.

According to the Concussion Legacy Foundation, early symptoms of CTE include loss of impulse control, depression, aggression, and paranoia. As the disease progresses, patients develop impaired judgment, problems with memory, and eventually dementia. As you can see, symptoms of CTE can mimic other neurological diseases, so it is important to visit a CTE-educated physician if concerned. Like Alzheimer’s disease, diagnosis cannot occur until after the death of the patient and the examination of the brain. While a physician may not be able to treat someone for CTE specifically, they can treat the symptoms experienced by the patient. Mood changes, headaches, and memory problems can be treated with behavioral therapies, medications, and memory training exercises. Research is ongoing to discover how to diagnose CTE in living patients, which can open the door for more effective treatments.

For more information, you can visit the Concussion Foundation here: https://concussionfoundation.org/CTE-resources/what-is-CTE.

To learn more about how this disease was diagnosed, you can watch this YouTube video:https://youtu.be/2gFOYTBppcY 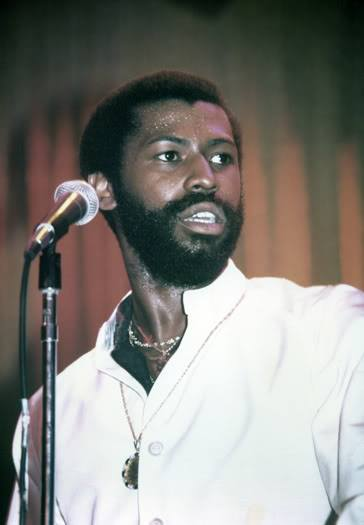 Teddy Pendergrass was a legendary singer. After his rise to fame, he was involved in a car accident that made him quadriplegic. What is quadriplegia, and why does it result in being wheelchair-bound?

Quadriplegia is a paralysis of the arms, trunk, and legs of the body. Paraplegia, on the other hand, is the paralysis of the legs and/or trunk and below. These paralyses can result from a spinal cord injury from a trauma – car accident in the case of Pendergrass – or a disease. The spinal cord is a bundle of nerves that mediates the messages between the brain and the body, including those that allow us to move and feel sensation. When the spinal cord is injured, people often experience a loss of sensation and movement below the level of injury. The point of injury for quadriplegics is higher up in the spinal cord (near the neck) than for paraplegics, causing their different levels of paralysis.

Victims of a spinal cord injury can lose the ability to regulate certain body processes, such as those relating to respiration (breathing), blood pressure, heart rate, and using the bathroom. Besides physiological problems, severe paralysis is known to cause or worsen mental health problems, such as depression and anxiety. Counseling and peer support groups are available to treat emotional symptoms, and medications and rehabilitation are used to manage the spinal cord injury and prevent any future injuries. There is currently no way to reverse spinal cord injury, but medical devices (such as wheelchairs that climb steps and walking devices) have been created to help improve the mobility of paraplegics. Research is ongoing to improve the lives of people with paraplegia. For more information on treatment options for paraplegia, visit: https://www.mayoclinic.org/diseases-conditions/spinal-cord-injury/diagnosis-treatment/drc-20377895

Rosa Parks was the First Lady of Civil Rights and the Mother of the Freedom Movement.  As a black woman, she had a greater risk of developing the condition she was later diagnosed with: Alzheimer’s Disease.According to the Alzheimer’s Association, Alzheimer’s Disease (AD) is the leading cause of dementia and accounts for 60 to 80 percent of dementia cases in the world. Dementia is the name given to the loss of memory and cognitive abilities necessary for daily functioning.  Symptoms of AD include difficulty completing familiar tasks, confusion with time or place, and challenges in planning or problem solving. Researchers are not yet sure of what causes Alzheimer’s, but they have a consensus that molecular structures called plaques and tangles have a role to play in the killing of nerve cells in various regions, starting with those related to memory.  Treatments include medications to help symptoms, and research and clinical trials are ongoing to find effective drugs that slow disease progression. Eating a healthier diet, staying mentally and physically active, and socializing are suggested to support future mental and physical health, and participating in research is also a good way to help reduce the number of people suffering from AD. If research isn’t your style, you can also invite yourself outside to Walk to End Alzheimer’s the next time around. The Walk to End Alzheimer’s is an annual event to raise awareness for AD and funds for Alzheimer’s support and research.  For more information on Alzheimer’s, visit: https://www.alz.org/alzheimers-dementia/what-is-alzheimers 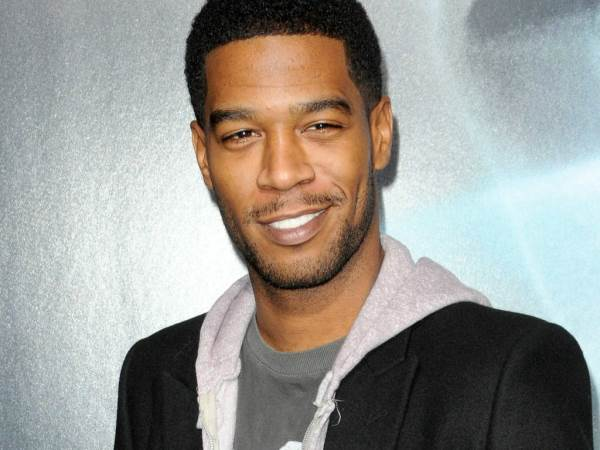 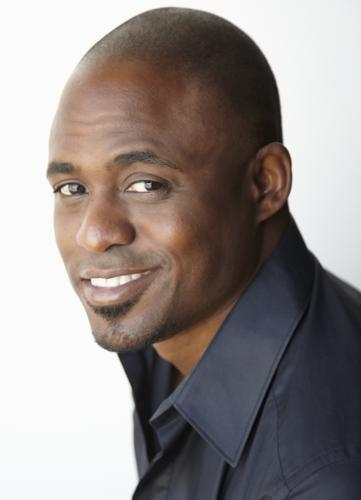 Kidi Cudi and Wayne Brady have made news by going public with their struggles with depression. This disorder may seem self-explanatory, but what is depression, psychologically?According to the American Psychiatric Association, depression is a medical illness that negatively affects how we function by producing feelings of sadness and/or a loss of interest in previously enjoyed activities. There are several types of depression, and the term for what we commonly refer to as depression is major depressive disorder. The symptoms of major depressive disorder must last for at least two weeks for diagnosis. Symptoms include feelings of worthlessness or guilt, changes in appetite -unrelated to dieting, and difficulty thinking/concentrating/making decisions.

Depression is able to affect anyone. Researchers believe that depression is impacted by differences in brain function and chemistry. Negative environmental circumstances, such as abuse, neglect, or death can also make people vulnerable to depression. Enough sleep and a healthy diet are ways to reduce the symptoms of depression, and talking about one’s feelings with loved ones is also advised. For people with mild depression, talk therapy and therapies focused on problem-solving can help to improve one’s thinking. For severe depression, antidepressant medication can be used to modify one’s brain chemistry; repeated electrical stimulation of the brain is also used as a treatment in extreme cases. Depression can be treated, but only when it is acknowledged and those suffering are supported. As seen from the reactions Kid Cudi received when he discussed his struggles with depression, sufferers can often received mixed levels of support and positivity. If you or someone you know is suffering from depressive symptoms, here are some resources that may help you: https://nndc.org/resource-links/

For more information on depression, its symptoms. and treatment, visit: https://www.mayoclinic.org/diseases-conditions/depression/symptoms-causes/syc-20356007

Montel Williams is a well-known talk show host who has been open about living with multiple sclerosis.  He believes and has shown that a proper diet and exercise and – perhaps most importantly – the right mentality can have wildly positive impacts on your health and quality of life – even in the face of a painful, immune-mediated disease. According to the National Multiple Sclerosis Society, multiple sclerosis (MS) is a disease resulting from an abnormal immune response to the central nervous system, where the immune system produces inflammation that attacks nerve fibers and myelin, or the fatty substance that insulates the nerve fibers.  MS affects women and men in a two to one ratio. Symptoms include prolonged double vision, pain/tingling in parts of the body, numbness/weakness of the limbs, and an electric – shock sensation when the neck is moved abnormally or flexed.

There is currently no cure or clear cause of MS, although research has identified potential risk factors, which include low levels of vitamin D, smoking, obesity, and exposure to the Epstein-Barr Virus. Research is ongoing to understand the role genetics plays in the disease. Treatments for MS include medications that modulate the inflammatory response of the immune system to slow disease progression, physical therapy, counseling, and support groups.  For more information on MS, you can visit: https://www.mayoclinic.org/diseases-conditions/multiple-sclerosis/symptoms-causes/syc-20350269 and watch this video:

Researchers and health professionals have made it clear that it is possible to live a managed life – but health lies in education! For more information on options after MS diagnosis, visit your physician and click here:Life after MS Diagnosis 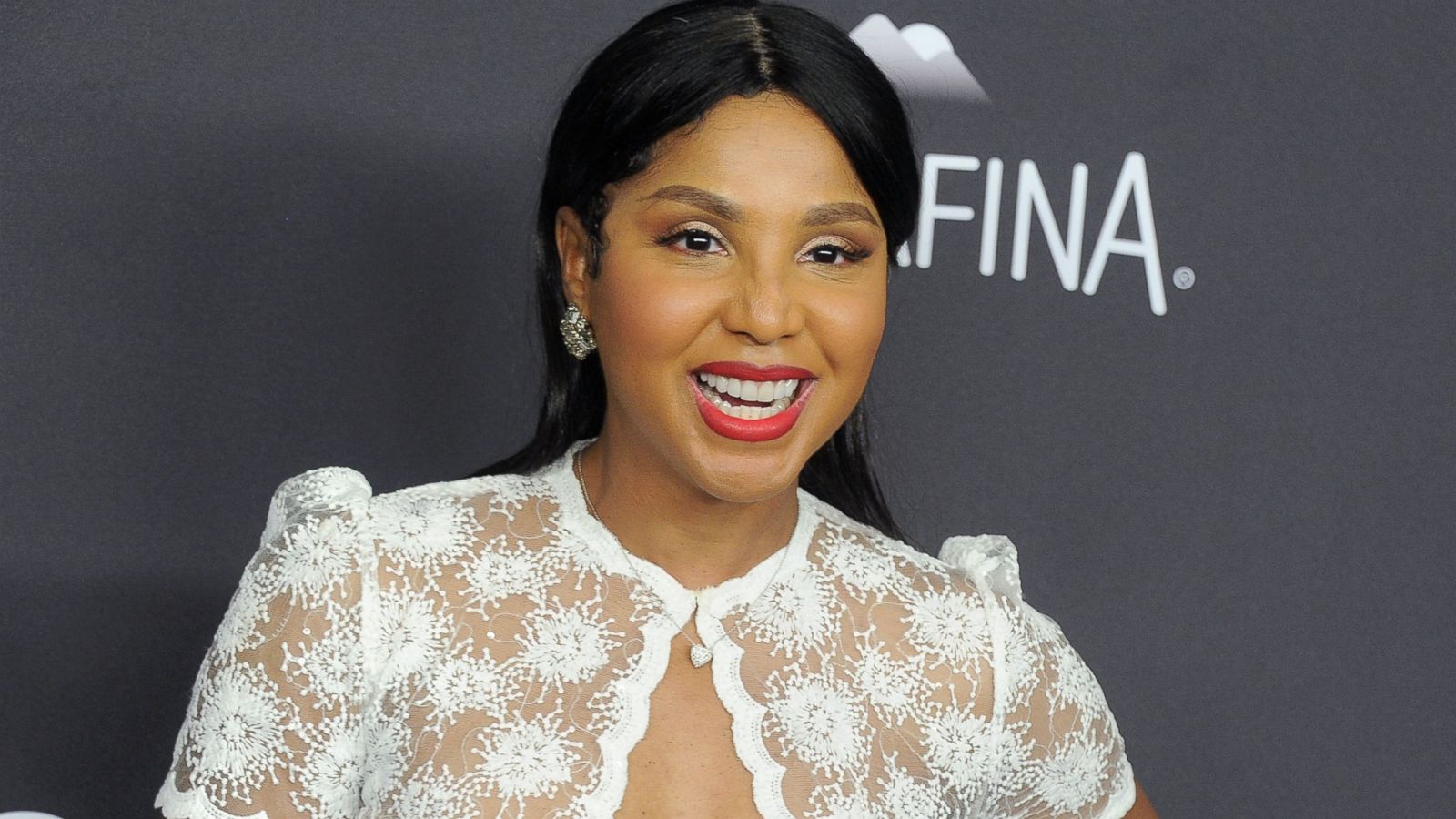 Toni Braxton and Holly Robinson Peete are two brave mothers who spoke to the public about their children having autism.  They have both been outspoken advocates for autism awareness, inspired by their autistic sons.  Recently, Toni Braxton announced that her son no longer has autism – 11 years after his diagnosis.  Is that even possible?

There is no known cure for autism spectrum disorder, although it is treatable. Behavioral therapies and medications can help conditions associated with the disorder, and studies have shown that early recognition can be beneficial.  Hallmark signs of autism include avoiding eye contact, delayed language development, and a preference for solitude. People can begin to show symptoms as early as 6 months, although the timing of symptoms varies for each person. For information on autism and its hallmark signs, you can click here: https://www.autismspeaks.org/

Autism has a spectrum, with some people being very high-functioning and others displaying more severe symptoms. According to the Autism Society, autism spectrum disorder (ASD) is a developmental disorder that affects a person’s ability to communicate and interact with others. Researchers admit that there is no clear cause for autism.  Researchers found an association between autism and a difference in brain structure or function, and also that autism is more prevalent in men than women, . Within the last five years, two political families have mourned due to this type of cancer. Glioblastoma multiforme claimed the lives of Vice President Joe Biden’s eldest son, Beau Biden, in 2015 and Senator John McCain in 2018.

According to the American Association of Neurological Surgeons, glioblastoma multiforme (GBM) is a very fast growing brain tumor that develops from the glial cells of the brain. The glial cells support the health of nerve cells in the brain. Researchers have found that GBMs either develop from other kinds of glial cell tumors (or gliomas), or on their own, typically in the frontal and temporal lobes of the brain.

The location of the tumors is one of the many reasons why glioblastoma cancer is notoriously difficult to treat. The average life expectancy of people after diagnosis is 15 months; surgeries, radiation, and clinical trials have only improved the survival of patients by an average of 3 months. The median life expectancy for someone with glioblastoma is about 15 months. 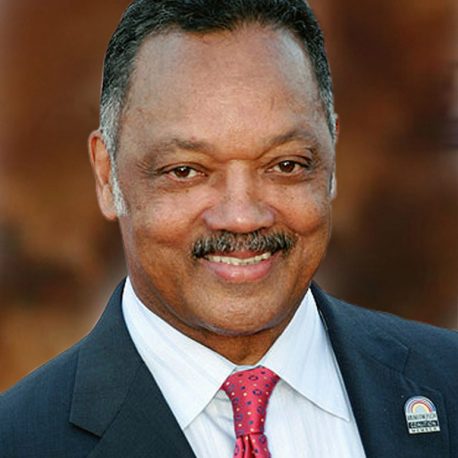 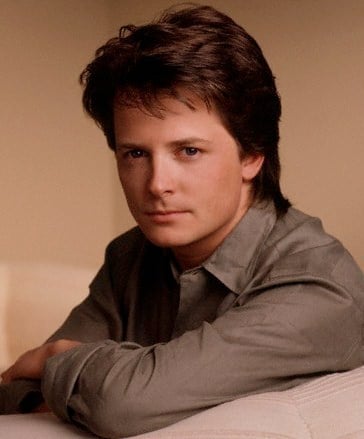 Mohammed Ali and Michael J. Fox are figures well-known for their battles with Parkinson’s disease, and recently, Rev. Jesse Jackson, Sr. has also been diagnosed with Parkinson’s.  What is this disease and what is being done about it?  According to the Parkinson’s Foundation, Parkinson’s Disease (PD) is a progressive neurodegenerative brain disorder associated with the loss of dopamine (a neurotransmitter) in the midbrain. Symptoms do not begin until about 70% of the neurons that produce dopamine have been lost, and symptoms include tremors, small handwriting, loss of smell, body stiffness, a low/soft voice, and limited facial expression (although just one symptom is no reason for concern). Current treatments include medications to increase dopamine in the brain, deep brain stimulation surgery to relieve symptoms, and behavioral therapies to treat mood symptoms associated with PD.  No one has yet found the cause or cure of Parkinson’s, and research is still ongoing.

However, advances in stem cell biology and gene editing may provide researchers the ability to study the mechanism of Parkinson’s and to discover drugs that might be effective in modifying the disease.  There are also support programs for those with Parkinson’s disease, such as Dance for Parkinson’s, located in New York.

For more information on Dance for Parkinson’s classes, you can visit their website here: https://danceforparkinsons.org/

© 2017 Society for Black Brain and Behavioral Scientists. All Rights Reserved